Off-Grid Power and Your Survival Plans

Modern society is highly addicted to electricity. As technology has increased, we have found more and more ways to use electricity, having it do more and more for us. Today, there is little that any of us do, either at home or in the workplace, which doesn’t involve the use of electricity.

Yet the electric grid that brings that electricity to our homes and places of business is the most fragile part of our infrastructure. As time goes on, it only becomes more fragile, with many power plants, transmission lines and sub-stations having already outlived their 50 year expected lifespan. While replacement of outdated equipment is a constantly ongoing process, it never seems to keep up with needs.

All it takes is a major storm to cause a power outage, some of which can last for days. Hurricanes take that a step farther, with the destruction to the grid requiring weeks to repair at times. Puerto Rico was rebuilding their power grid for over six months in the wake of Hurricane Irma.

Electricity isn’t absolutely necessary for survival, having electricity to power our devices makes survival easier. While there are almost always alternate ways of doing things, those alternates are usually harder to do, require buying manually powered devices and are not as effective as the electric versions we’ve become accustomed to using. Therefore, it makes sense to have some off-grid power capability as part of your overall survival plan.

A Little Truth About Off-Grid Power

There are actually a number of different means of producing electricity in your home, but wind and solar power are the most common. The main reason for this is that they are less expensive and easier to install than the alternatives. Hydro-power, which is actually the largest source of “green energy” in the world, requires that you have flowing water and a differential in elevation between that flowing water entering a hydro-power plant and it exiting that plant. Few of us have that water source available.

One of the big things that most people misunderstand with off-grid power sources, is that they don’t really produce much power. Part of this is the way that the power production capacity of their products is presented to us by manufacturers and part is poor overall understanding of electric power usage.

Suffice it to say that you’re probably not going to produce enough power to power your home in any off-grid setup. A few years ago, I got a bid on putting solar on my home. The price was $60,000. This was based upon my “average” usage, so it would not have been enough to run everything, all the time. Supposedly, I’d sell excess electricity to the power company when I produced too much and buy what I needed, when I didn’t produce enough.

The reality was that even at that price, I wasn’t going to produce enough electrical power for all my needs, as those commercial systems never seem to produce as much power as the manufacturer says they will. That’s because the power ratings they give are based on ideal conditions, something that rarely exists.

One of the problems with these off-grid power production methods is that they all produce a nominal 12 volts of DC power, ideal for charging lead-acid batteries, similar to car batteries. But most of the time we need to use 120 volt AC power. To convert from one to the other, we have to draw ten times as much current, reducing the apparent output of any off-grid power source considerably.

Power for Your Critical Needs

When talking about off-grid power, we really need to focus on just the power we need for our critical energy users; the things we have to have. So, while you might feel that you need to air condition your entire home, cooling it to a nice comfortable 74°F, the reality is, you don’t.

So what are our critical energy needs?

Of those things, the heaviest energy user is your refrigerator. If you have an old one, you might want to consider replacing it with a more energy-efficient model, as that will reduce the amount of electricity you need to produce.

Solar power is the single most common form of off-grid power. That’s mostly because of its ready availability and the fact that it works almost anywhere. While there are a few places which are so rainy that solar panels won’t produce enough power to be worthwhile, they are designed to operate even without full sunlight.

There are two problems with solar power. The first is that they only produce power in daylight and that daylight needs to be coming more or less directly at the panel. So we’re talking about only eight hours of power production per day. The other is that solar panels don’t produce much power.

The other problem with solar panels is that each panel doesn’t produce much power. While you might find solar panels advertised that state they produce 100 watts, that’s 100 watts at 12 volts. When you get that to 120 volts, it’s only 10 watts, not much.

This problem isn’t insurmountable, it just means that you need lots of solar panels. Don’t believe the ads which say that a one or two panel “solar generator” is going to solve all your energy needs. Even to provide just the essential energy needs mentioned above, you’re probably going to need 20 panels or so, not two.

Wind power is more efficient than solar, with even a small wind generator producing as much power as seven or eight solar panels. But they only produce their nominal power of 12 volts DC when the wind is at least 10 MPH. So they don’t work everywhere. There are also ordinances against them in some cities, due to the noise that they make.

It is necessary to install wind turbines fairly high, getting them above buildings and trees, for them to function effectively. This means raising a mast, with guy wires to hold them up. That may be a problem for some people, as those guy wires can be a hazard in your backyard. Nevertheless, if you can use wind power, it’s worth doing.

Either of these power generation methods should be used to charge a battery bank, rather than powering devices directly. That allows you to store up power until you need it. It also allows you to draw off more power at one time than you are producing, at least for short periods of time.

A battery backup system consists of:

This battery backup system is actually the heart of your off-grid system, rather than your wind and solar power, because it determines how much power you can draw off at one time.

While all this is fairly expensive, you can save a considerable amount of money by building your own solar panels and wind turbine. Both are fairly easy to build, although the work in building solar panels is rather tedious. It’s worth it though, as you can save roughly half the cost.

You’re best off having both wind and solar power, if both will work where you live. Since both of these means of producing electricity are dependent on the weather, they don’t work all the time. By using both, you increase the chances that your system will be producing at least some power all the time, no matter what the weather does. 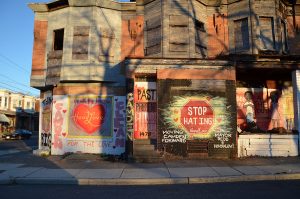 Find Yourself in a Bad Neighborhood? Follow These 8 Tips 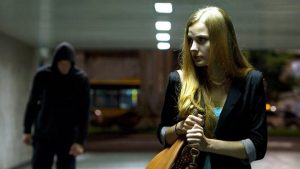 Best Self Defense Umbrella: Is this actually a survival tool? 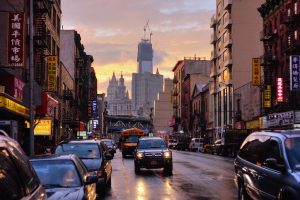