Training Your Family for Survival

Prepping tends to be a male-dominated arena. While there are some women who speak up about prepping and survival and some excellent women owned and run blogs and websites, by and large, most of the people talking about prepping and survival are men. Why is that? It’s because prepping is about protecting your family and men were created to protect and provide for their families.

That’s not to say that women don’t want to protect their families; the last place you want to be is between a momma bear and her cubs. But how men and women protect tends to be different, when we look at it in the broad strokes.

Men are also more likely to romanticize about the idea of being a mountain man and living off the land. While we all want to survive, women are more prone to want to survive in comfort, whereas there are plenty of men who see hardship as something to be embraced in their concept of masculinity. Going camping means “roughing it” to these men, not going out in a travel trailer that’s as comfortable as being at home in front of their TV set.

At the same time, survival isn’t a solo experience. To survive, while allowing your family to perish, is the ultimate infamy, going against everything it means to be a man, as one who provides for and protects their family. So it’s necessary to not only plan for surviving as a family and prepare for the needs of the family, but to bring the family into the process, so that they are trained and ready for survival.

Getting Your Spouse On-Board

The first step for many of us is getting our spouse on board with the idea of prepping, regardless of whether we are men or women. In most cases, one spouse will decide that prepping is a good idea and then have to convince the other. Rarely do both partners come to grips with the need to prep at the same time.

How you convince your spouse depends a lot on who they are and what they’ve gone through in life. People who have gone through hardship and disasters in the past are much more likely to accept the idea of preparing for the future. Those who have never had to live through a disaster have a hard time seeing the need to do anything before one hits.

In most cases, you don’t need to wait for your spouse to agree, in order to start prepping. Granted, it will probably be difficult to make any major purchases without your spouse’s agreement; but you can at least start buying a small amount of extra food, stockpiling water, and learning survival skills.

Whatever you do, don’t tell your kids that you’re becoming preppers. Children can’t keep a secret, no matter what. If you tell them anything you’re doing to prepare, they’ll immediately tell their friends, destroying any chances you have of OPSEC.

However, children see whatever is happening in their own homes and lives as being absolutely normal, no matter what it is. So if you start stockpiling food in the basement, they won’t think anything of it. They won’t share that secret, because it’s not a secret; it’s just how life is. While they’ll know about it, it won’t be anything remarkable to them.

So how do you teach your kids survival skills, without them finding out that you’re preppers? That’s actually not a problem. All you have to do is teach them the skills, without using the words “prepping” or “survival.” Most survival skills are camping skills as well, so learning how to start a fire or build a shelter is just part of going camping. Learning to shoot is just that, learning to shoot; not everyone who learns to shoot is doing so for survival purposes.

Training Your Family in Survival Skills

Camping is probably the greatest training ground there is for the prepper. Even if your idea of camping is sleeping in a comfortable travel trailer, you can still teach your family ways to start a fire, how to purify water, edible plants that can be found in the wild and how to fish. Wilderness survival, and by extension, any survival, uses the same skills that people use when they go backpacking.

Other skills, such as churning butter, sewing and gardening can be taught as a “historical experience,” where you are exploring how people used to do things as a family. This is even easier if you homeschool, as most homeschoolers bring this sort of thing into their curriculum anyway.

I’ve always encouraged my children to have hobbies which didn’t involve an electronic screen. While they all got their share of computer games and television shows, they also decorated cakes, did art projects, spent time with me in the workshop, worked in the garden, picked fruit and nuts off our trees and experienced how people did things in the 1800s, back when everything wasn’t powered by electricity.

Taking this a step further, there were times when I had my family do things “the old way” just for the experience of doing so. Sometimes, that involved looking up how to do it and learning it, as none of us had any idea of how. Other times it was nothing more than using skills that we already had. In each case, it was an experience in living without the modern conveniences we’ve all become accustomed to. Various skills were learned, practiced and improved upon, so that they could use them if they ever needed to.

My children are grown up now and have their own families. Yet what I taught them is still there. Hurricanes this year were headed towards all of their homes; yet I didn’t have to worry about them. By the time I had called to warn them about the hurricanes, they had been to the grocery store and stocked up. They had food, water and everything else they would need. Preparing for that hurricane was so much a part of who they were, that they did it without thinking about why they were doing it. They were trained.

Are my children fully trained? No, I can’t say that they are. But then again, I wouldn’t even call myself fully trained and I’ve been a survivalist for 45 years. There’s so much to learn, that nobody is ever fully trained. But I can be comforted that my kids have learned enough, that they know how to take care of their families when a disaster comes. 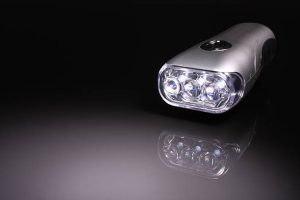 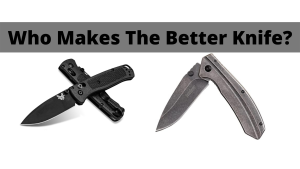 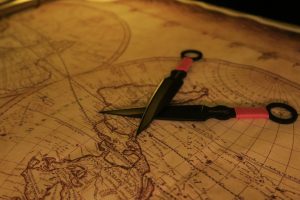 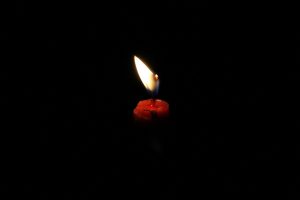