The Bunker Question – Yes or No?

Different people approach the problem of protecting their family from danger in different ways. Part of that is determined by the knowledge and resources the individual has available to them and another part is based upon the dangers which they consider the biggest risk. Still another part is just what seems good and appropriate to the individual making the decision.

One option which some people consider is the bunker. By definition, a bunker is an underground safe haven, which has been prepared to protect people from danger. That danger could be aircraft bombardment, nuclear strikes, mob violence or natural disaster.

The idea of bunkers really goes back to the beginning of aviation. While fortified positions were used to protect from cannon fire before that, the larger bombs that airplanes can carry showed the need for something more robust. This led to the building of air raid shelters, aka bunkers, during World War II.

In addition, Hitler’s Germany made good use of bunkers to protect the Fuehrer and the Army general staff. Hitler even committed suicide in his bunker, a five-story underground office building which was on the grounds of the Reich Chancellery.

The bunker remained popular through the Cold War, although it was referred to as a “fallout shelter” in most cases. It has remained popular, as we saw in the Second Gulf War. Saddam Hussein had many bunkers in his country, mostly to protect himself and his top people from aerial bombardment.

But are bunkers the answer for us today? It’s not unusual for armies to prepare to fight the last war, rather than preparing to fight the next one. This universal problem comes from the military’s penchant to study the battles they’ve just fought, in order to learn whatever lessons they can. But there are two fallacies in this system. First, no two wars are the same; and then, the art of war is constantly changing. Potential enemies study as well, trying to make sure they don’t make the same mistakes that were made in the last war.

The chances of us coming under aerial bombardment are very slim. Likewise, the chances of all out thermonuclear war are too. If we are ever attacked by nuclear weapons, it would make a whole lot more sense for our attackers to use a high-altitude EMP to take out our electronics, rather than trying to destroy our country with hundreds of ICBMs.

With that being the case, why are there people who are building bunkers for survival?

Most people building bunkers today are doing so to protect themselves from attack by “the raging mob” which might appear in the wake of a major disaster. They are concerned that starving people will attack them, to steal what they have, at some undefined point in the future when there are massive food shortages.

Interestingly enough, a fair percentage of these people are wealthy technocrats who own relatively new tech firms, large and small. They are looking into the future and seeing a dystopian world where most people are out of work and shortages of all critical supplies. In that world, desperate people will do desperate things, even to the point of killing off those who have, in order to steal what they have.

Okay, is this scenario realistic and if it is, will a bunker help?

On one hand, it looks like these people have watched too many zombie movies. Hollywood has always done a great job of portraying these sorts of dystopian societies, where people need a bunker to hide out from the raging mobs and survive.

On the other hand, there are a number of very serious survival scenarios which could lead to mass shortage and desperate people. While the chances of most of them happening are extremely thin, they are not impossible. Perhaps the most likely of these would be an attack by a rogue nation, taking out our electrical grid with an EMP.

Should any of these scenarios play out, hiding out in a bunker is seen by some as a viable way of staying protected from any potential attack. But whether or not that’s an effective option is something else altogether.

The big problem with most bunkers is that while you are shut away from the world, you’re also trapped inside the bunker. Oh, people talk about having an escape tunnel, but when the escape hatch is only 50 feet from the main entrance, it’s not going to take much for any attackers to find it. you can pretty much forget about the idea of sneaking out the escape hatch and flanking any attackers to gain the victory.

All it would take for anyone to defeat you in the typical bunker is to back up their truck to the air inlet and hook a hose from their tailpipe to the air inlet. Within minutes, you’ll either be coming out the hatch or choking to death from the carbon monoxide being pumped into your bunker.

That’s not to say that bunkers are totally useless. There are ways of having a bunker, which will allow you security, as well as the ability to defend yourself. But to do so, you need to have a way of seeing what is going on outside the bunker, at ground level, as well as fighting from the safety of your bunker.

Essentially I’m referring to building a bunker along the style of what was built in World War II, specifically the bunkers the Germans had along the Normandy heights, where they had their heavy guns. Those created quite a challenge to the allied landing force that was beginning the push towards Berlin. While you wouldn’t have the same weapons available to you that they did, you also wouldn’t have an entire Army attacking you.

Such a fighting area should be separated from the rest of the bunker by a secure door, just in case they manage to throw a bomb in there. While whoever is in that fighting position would die, the rest of your family would still be safe, at least until the enemy breached that door.

The other important key is to have an escape tunnel that goes far enough so that they can’t easily find the exit; say to the opposite side of a hill. To make it even better, have that escape tunnel go to an underground garage, where you have an escape vehicle waiting to get your family away, in case your bunker becomes overrun.

Granted, this is pretty extreme, but then, so is the idea of building a bunker as a survival retreat. If you think there’s a chance that you will be attacked and that the answer to such an attack is to have a bunker, than you’d better make sure that the bunker can help you stay alive… otherwise, all you’ve done is spend a lot of money. 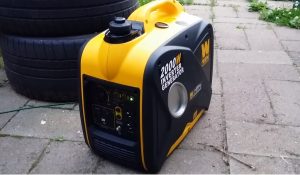