One of the bigger risks any prepper faces isn’t a disaster, its people. Specifically, it’s people who know us and who know that we are preppers. When the brown stuff hits the rotary air movement device, we can pretty much count on these people showing up on our doorstep, looking for a handout. While there might be a few people in this category who we’re not all that close to, like our neighbors, the ones who will really feel the right to do so are friends and family. How do you say “No” to them?

You may have already run into some people like this; those who say, “I’m not worried, when things go bad, I know where to go” or “When things go bad, I’ll just go to your house.” Yeah, we all have those people and they’re the worst ones to try and deal with.

The general consensus in the prepping community is that we’re not going to give help to those who are outside our own nuclear family. That’s great in theory and even a logical conclusion to reach, but it’s a lot harder to apply in practice.

As with many other things, we need to break this down into short-term survival and long-term survival. If you’ve got a six month stockpile of food and a hurricane hits your town, then you can probably afford to give some food to your friends or extended family to help them get though. Chances are real high that things will be back to normal before you run out of food.

Even then, I’d make it clear that the food you are giving them has a price and you expect payment at some future date. After all, that food cost you something and you’re going to have to replace it. So unless you happen to have won the lottery and have plenty of money to work with, you need their help to replenish that food, just like they need your help in providing it.

But from a purely practical viewpoint, a long-term survival situation is totally different. I’m specifically referring to any survival situation which is likely to last longer than our food stockpile. In that case, everything we give to others so that they can survive, we’re taking out of the mouths of our own children. As the disaster drags on, you’re eventually going to run out of food. What will you feed your own children then? If that’s the price of helping others out, are you willing to pay it?

Ok, so with that being the situation, how do you deal with it?

Have “The Talk” with Them

At some point in time, you have to make it clear to those people that you can’t be their emergency supply. It’s just not practical. Not only do you not have the resources to meet your family’s needs and their needs as well, you are prepping to meet your family’s specific needs. So you probably won’t have things that they will need.

Here are a few things you should include in this discussion:

Your purpose in all this isn’t to be mean, as they will probably say, but to show them how impractical it is for them to depend on you as their safety net. If you can accomplish that, it sets them up for the next thing, helping them become a prepper themselves.

This is the best solution to those people’s needs. Rather than depending on you to be their source and provision, should everything go bad, they can become a prepper, just like you. It may not be easy, but then, it wasn’t easy for you and I either.

Many people look at prepping and see it as overwhelming. That’s understandable, especially when you look at websites and video advertisements that make it sound like the world is going to end next week. But not all preppers are ready to survive without electricity, grocery stores or running water, should that happen. While most probably are trying to work their way to that point, it takes a long time to do so.

Offering to hold their hand and guide them through the process is the best thing you can do for them, so that they can protect their family in the case of a disaster. By being there for them, you can save them from falling into some of the same pitfalls that you probably fell in, making the process cheaper and faster for them, than it has been for you. In doing this, you are showing them how much you care.

At the same time you are mentoring them, you can evaluate whether you should partner together on some of your preps, forming the nucleus of a survival team. Of course, that depends a lot on how well you get along with each other and whether you have someplace big enough to use as a survival retreat for both families.

Even with having “the talk” with your friends and relatives, I’d recommend stockpiling some extra food and seed, as well as having water purification capacity that is beyond your needs. I’ve always kept a couple hundred pounds of rice and beans on-hand, so that I had something to feed hungry neighbors, if necessary. My reasoning is that it is easier to feed my neighbors, than it is to protect my home and garden from them.

Granted, rice and beans isn’t a great diet; but if you don’t have anything, it’s better than nothing. But I didn’t stop at rice and beans; I was also prepared to help them start their own vegetable gardens, so that they could begin to grow their own food. In that way, I can help them to become self-sufficient. 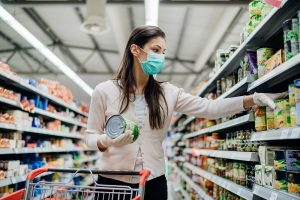 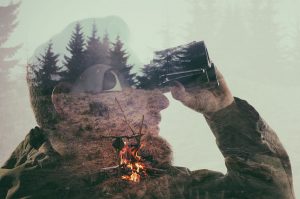 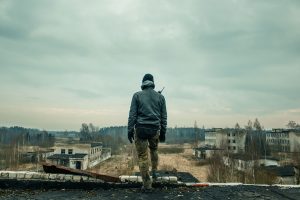 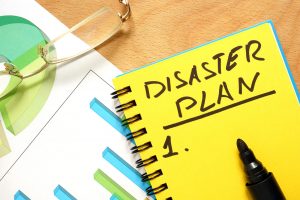