Other Things that You Should Stockpile

While food tends to be the focus of most preppers’ stockpiles, food isn’t the only thing we need. A proper stockpile really should have everything we need in order to survive. That means meeting all of our survival priorities. It might also mean having some things which aren’t absolute priorities, but would be good to have to make life more comfortable during a disaster.

One important consideration here is whether you’re preparing for a short-term or long-term survival. If your concern is the annual hurricane season, then you don’t need to worry about your kids outgrowing their clothes before the stores open again. On the other hand, if you’re prepping for an EMP attack by a rogue nation, then you have to think beyond the next year, to a time when your kids have outgrown the clothes they’re wearing now.

For the sake of this list, I’m going to stick to things that you would need in a short-term survival situation, something where difficulties in recovering might mean that the stores are closed for two or three months. That’s long enough that you pretty much have to have some of these things, while not having to plan for the rest of your life.

Most preppers plan on using wood to heat their homes if the power goes out. Not only is wood an easy way to heat our homes, it’s a renewable resource that we can harvest from nature ourselves, if we need to. It’s basically the only thing that we can do that with. However, it takes a lot of firewood to heat a home all winter long. So make sure that you have enough, especially if you live in a cold climate.

Firewood and fire starters tend to go together. Just make sure you have enough. That means enough of your primary fire starters (matches or lighters), tinder and something to use as an accelerant, if you’re stuck having to start a fire with damp wood.

Gas stations do sell out, especially in times of crisis. But gasoline is hard to stockpile, as it has a limited shelf life. Even so, it’s useful to have, not only to run your car, but also your chainsaw, lawn mower and other tools. In order to make it possible to keep for a prolonged period of time, just rotate your stock, using what’s in the gas cans and then replacing it.

It’s almost impossible to stockpile enough water, but you need to try anyway. While the chances are that your municipal water will keep running, even when the power is out, you can’t necessarily count on that. There are also situations where the entire system can become contaminated.

Always be ready to purify your own water, from whatever groundwater source is available. If you use a filter to make your water drinkable, then be sure to have extra filter cartridges on hand. Keeping a couple of gallons of bleach on-hand is a good idea too, as it is an inexpensive way of ensuring that you have a backup method for purifying water.

Flashlights, small electronics, and other things that use batteries become extremely important when the power is out. While AA and AAA are the most popular sizes, make sure you check what your electronics use. Many of the tactical flashlights which are so popular today use CR123A or BRC18650 batteries, which aren’t as easy to find.

Not only batteries are needed, but some other form of backup power, probably solar. Solar power can make it possible to charge up your phone, as well as run some small electronics. Of course, how much you can do will depend a lot on how much power your solar panels will produce and how big a battery backup system you have it tied to.

Generators are great for short-term survival situations, lasting a few days. They’ll at least allow you to keep the refrigerator running, as well as some lighting and other electronics. But the problem with them is that they are gas hogs; so you wouldn’t want to count on it for more than those few days.

It’s a good idea to have something available to provide lighting, besides flashlights. While flashlights are convenient, they really don’t light up a room. Besides, they tend to go through batteries rather quickly, especially the really bright tactical ones. Some other means of lighting, such as candles and/or oil-burning lamps are great to have. Another great option is a Coleaman dual-fuel lantern (not the propane powered ones), that’s the old style lantern which will run off of gasoline Just make sure you have plenty of fuel for whatever you buy.

It’s important to build a family first-aid kit which will allow you to deal with major injures. But no first-aid kit is big enough to handle multiple injuries, so make sure that you have replacement supplies stashed away for your kit. If there’s any time you’ll probably need it, it’s during a disaster.

In addition to your family first-aid kit, you’ll need to make sure that you have a good supply of over-the-counter medicines. Granted, those can sit in the medicine cabinet for months, without anyone touching them, but when you need them, you go through them rapidly.

Don’t forget about antibiotics and any prescription medicines needed by family members for chronic conditions. While virtually impossible to get without a prescription, if you have a friendly family doctor, you can usually talk them into it.

We don’t need to go crazy here, like some people say, if we’re only talking a few months, but you want to have at least a couple hundred rounds for every caliber you own. Looting and other crime increases in the wake of a disaster, so there’s a chance you’ll need to use those guns. Better to have more ammo than you’ll need, than to run out.

Dirt attracts pests of all kinds and disasters seem to create an abundance of dirt. So cleaning your home isn’t just so that it looks pretty, it’s a health issue as well. On top of that, many disasters can leave your home needing some major cleaning, just to make it comfortable to live in again.

We’ve all been shocked by what we’ve had to do to deal with the Coronavirus pandemic. We’ve gone through hand sanitizer and disinfectants like never before. However much you think you need, make sure to get more.

What I just said about disinfectants goes for personal protection equipment as well. Masks, disposable gloves, disposable booties to go over your shoes, even Tyvek overalls for a more severe situation. protecting yourself from an epidemic can be difficult, and you can’t afford to take any chances.

Disasters tend to attract pests of all kinds, as well as increasing their populations. Those pests can get into your food supplies, as well as carry disease.

Mice aren’t the only pests that get into food supplies and carry disease. Many types of insects do as well. killing them off, before they invade your home is an important part of maintaining your health, as well as keeping the females in the household happy.

Another important part of maintaining your health is personal hygiene. It’s also necessary to keep from offending those you live with. Having to deal with cleaning your home up in the wake of a disaster is bad enough; not being able to take a nice hot shower afterwards makes it even worse.

Plastic bags are useful for a lot of things, from storing food to taking out the trash. In a post-disaster situation, cleaning up can necessitate the use of a lot of garbage bags. Even worse, if your sewage system is out of order and you’ve got to use a 5-gallon bucket for a toilet, you’re going to need bags to take care of the refuse.

What do you do if a tree branch falls on your home, busting through the roof? You’d better have the necessary supplies to make an emergency patch, at least until the insurance company is ready to pay a carpenter. A few key supplies to have are:

We’ve all become a bit dependent on power tools these days. But what if there’s no power? Those cordless tools aren’t going to work very long. So it’s a good idea to have their manual equivalent as well.

Speaking of tools, you’ve got to consider that anything you have has the potential of breaking. Granted, some things are more durable than others, but even those things have limits. It’s a good idea to have replacement parts for any critical survival gear you have, especially if it is something that has a tendency to go out eventually. A spare chain for your chainsaw or a replacement pump kit for a Coleman lantern can keep those tools working, when you can’t run to the store for a replacement.

A Means to Cook

Stockpiling a bunch of food, without any means of cooking it is asking for trouble. For most of us, the easiest alternative is to use our barbecue grille, if we don’t have a fire pit. In an emergency, you can use a gas grille with wood, but you’ll probably damage the gas burner in the process. Still, it’s a survival situation. Nevertheless, for either of these, we need to make sure that we’re ready, such as buying the optional grille for the fire pit. Make sure you have plenty of fuel too, whether that is wood or charcoal.

Speaking of cooking on the grille, make sure you have plenty of heavy-duty aluminum foil. That’s useful for a whole lot more than cooking baked potatoes in the coals, such as cooking fish.

Finally, always keep some cash on hand. If the power is out all across the city, then the ATM machines and electronic cash registers are going to be out as well. Having cash can give you the ability to buy things you need, which you may have missed in your stockpile.

Small businesses are more likely to accept cash, when their cash registers aren’t working, than big businesses are. They may not even use an electronic cash register. Either way, a privately owned business doesn’t have to abide by corporate policy. You might have to pay more for it, than you would otherwise, but at least with cash you’ll be able to buy it. 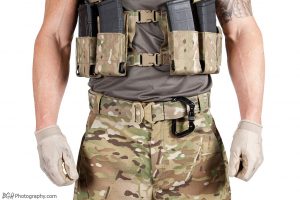 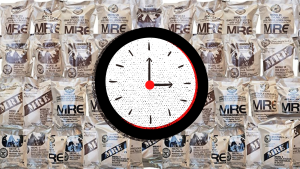 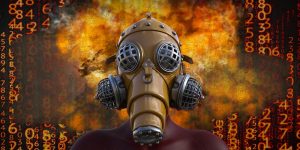 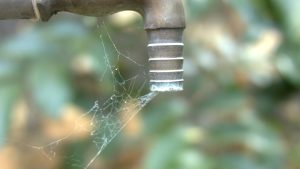