One of the more dangerous disasters that can strike us is an epidemic or pandemic. Throughout world history, there have been a number of major epidemics which have struck. In each of these cases, the difficulty in treating the disease made for high death tolls, sometimes in the millions. What added to that was the lack of understanding about how disease spreads.

Today we have a much better understanding of disease and the disease mechanism. The “germ theory of disease” which was developed in the 1870s, helps us in that we know that disease is caused by bacteria, viruses and protozoa entering the body and infecting it.

This information isn’t prefect though. While we may understand the various mechanisms of disease spread, we don’t know every possible disease-creating organism in the world. So even with all the medical knowledge we do have, when a new or “novel” disease shows up, our scientific community has to study it before they can figure out how to treat it.

There are a few common ways in which disease spreads:

One of the problems we face is that in most cases, people infected with a disease are contagious before they are symptomatic. With the flu, they are typically contagious for two days before symptoms occur. With COVID-19, it is possible for someone to be contagious, even though they never become symptomatic.

Once inside the body of a healthy person, these bacteria, viruses and protozoa begin to eat and multiply, infecting the person. The body’s autoimmune system rallies to fight back, but that takes time. It becomes a race to see which is faster, the ability of the pathogen to multiply or the ability of the body to produce antigens. In the beginning, the pathogens have the advantage, bringing about disease. The question then is whether the body can produce enough antigens to kill off the pathogen.

Medicine and the Treatment of Disease

In our modern world, this is where medical science steps in. In the case of bacteria-caused diseases, antibiotics are administered, augmenting the body’s antigens and helping to kill off the disease pathogens. For protozoa-caused diseases (which are much rarer), antimicrobials are needed.

This is why the common way of dealing with viral disease is through vaccination. Vaccines are developed which will trigger the body’s immune system to produce the right antigens for the virus, when administered. That “teaches” the immune system how to defend against the disease, so that if the virus makes it into the body, it is more readily defeated.

However, vaccines are difficult to develop and don’t always work. It’s rare for medical science to find a vaccine that is 100% effective the first time around. It’s not uncommon for scientists to have to develop a number of different vaccines for a disease, in order to find one that is sufficiently effective to make it worth manufacturing and distributing.

There has only been one disease that has been defeated worldwide by vaccination; smallpox. An intensive worldwide effort at vaccination led to the demise of this virus, allowing the World Health Organization (WHO) to declare it eradicated in 1980.

With the difficulty in developing antivirals and vaccines, most viral diseases can seem to be incurable. In these cases, it is up to the body’s autoimmune system to defeat the disease on its own. All that our doctors, nurses and hospitals can do is provide what is known as “supportive care,” keeping the patient alive and treating symptoms, while the body’s immune system fights the disease. There are exceptions, but if they can keep the patient alive, the body will usually succeed in its battle.

This is what we do with influenza. Doctors don’t have a cure for the flu, but rather will treat the symptoms, knowing that in most cases, the body will defeat the disease in a few days. Even COVID-19 is treated in this way, whether it is through the administration of hydroxychloronquine (even though the use of this medicine has been controversial) or the use of ventilators. 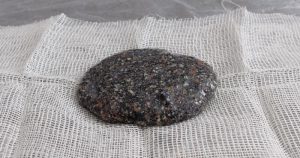 How to Make a Charcoal Poultice: The Ultimate Survival Anti-Inflammatory Paste 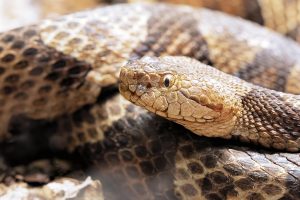 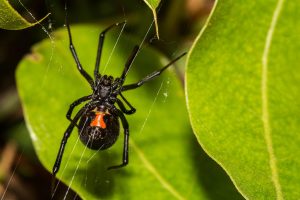