Developing a Bug Out Plan

If you’ve ever gone on a vacation trip, you have an idea how complicated they can be. Even the most freeform of vacations requires extensive planning and preparation. You have to know where you’re going, where you’re going to stay once you get there, what route you’re planning on driving and what you’re taking with you. If you want to avoid problems on the road, you’ll check road conditions, go over your car’s mechanicals and pack carefully to make sure you haven’t forgotten anything. But before any of that, you’ll have saved up the money you need for the trip, to make sure your family can enjoy itself.

What you’ve accomplished in all that is a bug out plan. Granted, it’s for a different purpose; but a vacation is like a bug out in that you are leaving your home for another location, for a specified period of time. You need to know where you’re going, how you’re going to get there and what you’re going to do when to get to your destination. Without the right planning, it can end up being disastrous.

Start from the End

So where are you going to go? If you don’t own a cabin in the woods, or have a relative who lives in the country, I’d recommend finding a rural community that you enjoy visiting, about 100 miles from your home. That’s far enough that they shouldn’t be affected by the same regional disaster that is hitting your home, but close enough to get to, even if you end up having to walk.

Find a family-owned motel or other lodging for rent and go there every once in a while, always staying in the same place. Get to know the owners, so that they recognize you as a regular and get to know your name. That way, when you call them in an emergency and tell them you’re on the way, they’ll take it seriously and save you a room.

To improve your connections with the town, rent a storage space and start building a secondary stockpile there, including food, water and survival gear. This establishes you as being part of the town, even if you aren’t a resident. Between that and your connection to the motel owners, you should be able to get into town, even if they’ve blockaded the entrance.

But What About the Woods?

There are some situations where it actually makes sense to plan on camping out in the woods, rather than going to another town. If there is a widespread breakdown of law and order or a serious pandemic, you might be better off far from others.

But the problem with going into the woods is that unless you’re really prepared, like with a trailer stocked with supplies, you are going to have a very hard time surviving. Of course, if you have a recreational vehicle, you could always turn it into a bug out vehicle and stock it for that.

The next step is planning on how to get from point A, your home, to point B, your bug out location. Normally, we would just drive from A to B and everything would be fine. But you can’t count on that in a bug out, especially if you’re going to be bugging out during a general evacuation. With everyone else bugging out at the same time, roads will become crowded and may turn into parking lots as people’s cars run out of gas or overheat.

Ideally you want to bug out before anyone else does, but that may not be possible. So you need to develop your route with the idea that you may run into problems. Try to avoid major highways and intersections, choosing to stick with side streets and secondary roads. Those might get clogged with traffic too, but it will be less traffic.

The Air Force does something that is highly useful here for special operations and bombing runs. That is, they develop a “spiderweb” of routes, which are all interconnected. Each leg of the route has at least two other parallel options that they can take, allowing them to divert to an alternate routing for part of all of the mission, if they encounter problems along the way.

Depending on your vehicle, you may even want to consider making part of that spiderweb be off-road routes which are less likely to be traveled. Also consider the idea of how you could shorten the route, if you are forced to abandon your vehicle and proceed on foot.

Figure Out what to Take

Just like taking that vacation, packing for the trip is one of the most important parts of your preparation. You want to be sure to take as much survival gear and supplies as you can, specifically taking into account your survival plans and then adding additional things you might need if things go wrong.

Your gear and supplies should be broken down into three categories:

These three categories not only apply to leaving your home, but also apply if you have to abandon your vehicle. If all you can take is a backpack, then it had better be your bug out bag and it had better have the most important things you’ll need in order to survive.

You should also include some sort of cart in your vehicle load out. That way, if you have to abandon your vehicle somewhere along the way, you have something you can use to take at least the “additional key equipment and supplies” instead of only being able to take your bug out bag. You don’t know when or how you’ll be able to get back to that vehicle, or whether the rest of your supplies will be there when you get back.

Of course, little of this will actually be kept in your vehicle. About the only things that you’ll want to keep there are your vehicle and personal emergency equipment. You might want to have a get home bag in there, as well. But you don’t want it fully loaded for a bug out at all times. That’s probably your daily ride.

Rather than keeping everything in your bug out vehicle, you’re better off having it stored together, as much as possible, in your home. Develop a list of everything you’re planning on taking and where it is located. Be sure to have multiple copies of the list, stored in logical places, so that when the time comes, you can find it.

Deciding when to Go

The last part of your bug out planning is developing your plan for leaving home. This basically means making the decision on what circumstances or what triggers will cause you to put your bug out plan into effect. Since you’re preparing for multiple scenarios, you’ll need to decide what the criteria are for each of them. Things might change when the disaster strikes, but by planning it out, you at least have a starting point.

You’ll also need to decide how you are going to inform your family that it’s time to bug out and where everyone will meet. Assume that nobody is home – where are they? Can everyone get home on their own? If not, who will pick them up? If they don’t get home in time, where is your secondary meeting place?

Make sure that everyone in the family knows the bug out plan, especially the early part about notifying everyone and getting them all together to bug out. Do practice runs, getting everyone together and loading up your gear. That will give you the opportunity to find the errors and work them out, before you actually have to use the plan. 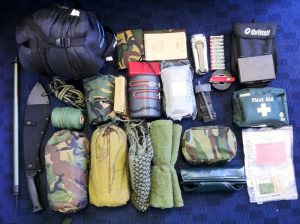 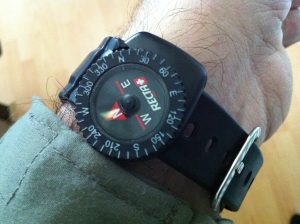