One of the most controversial issues in our country today is our Second Amendment right to keep and bear arms. While this shouldn’t be an issue, considering that it is written into the Bill of Rights, there are those who want to take our rights away from us and not allow us to have the guns of our choice.

Of course, those who want to take our gun rights away don’t couch it in those terms. They say that they only want to enact “common sense gun laws.” But their definition of “common sense” is only common sense in their eyes, and none of them have any understanding of guns, how to properly use them, or even what to call them. The supposed common sense gun laws they want to enact always seem to be things which will take away the rights of law-abiding citizens, without doing a thing to get guns out of the hands of criminals.

There’s a lot of misinformation in this campaign as well; with some calling all gun owners violent criminals. But if that were the case, those calling for gun control wouldn’t be alive anymore, considering that there are over 100 million legal gun owners in the country today.

Another key area of misinformation is in how they refer to firearms. One of their favorite terms is to call the various versions of the AR-15 “assault rifles.” But to be an assault rifle, a gun has to fire in full automatic mode, like the military M-4 and its predecessor the M-16. While the AR-15 looks like these, it doesn’t have that full automatic capability.

That, of course, doesn’t matter to those who want to take away our guns, as to them “semi-automatic” and “full automatic” are both the same things. Just as they demonize the AR-15 for looking like a “scary” military rifle, they also demonize all semi-automatic pistols, by calling them “automatic.”

Those of us who defend our Second Amendment rights are forced to take a stand where we are not willing to compromise on anything that can reduce our right to keep and bear arms. Not that any of the proposals by those who want to eliminate those rights are reasonable, but even if they were, there is no compromise position which will satisfy them. Each concession that we make merely sets things up for the next concession. There is no reciprocating from the other side.

Should things become desperate enough, those same two-legged predators will be out in the streets, along with others, looking for food and other critical supplies. While some people might only ask for food, those with a criminal tendency will be breaking into homes to steal what they want. Without the ability to defend our homes and families from these dangerous people, all our preparations will be for naught, as they will kill us and our families to get them.

We can’t depend on police protection during those times, as the police will be too busy dealing with the crisis to answer our calls for help. It will be up to us to defend ourselves, just as it is now. While the police supposedly exist to defend us, the law greatly inhibits their ability to do so. In most cases, all they can do is try to catch the criminals afterwards, not stop them from taking action before the crime is committed.

Carry to Defend Those You Love

The reason why there is a nationwide movement towards allowing law-abiding citizens to carry concealed is that it has been statistically proven that an armed citizenry reduces crime. Criminals are more afraid of armed citizens, than they are of the police. That’s mostly because they don’t know which citizens are armed and which ones aren’t, whereas they know the police are.

Don’t take this idea lightly. There has been a huge amount of drug-related violence in Mexico in recent years. When it started, there were those who predicted that it would spill over the border into Texas; but it hasn’t. The reason? Because 1 in 37 Texans carries concealed. While the cartels can pay people to keep tabs on the police and inform them of where the police are, there’s no way they can know who all the citizens are who are carrying concealed.

We live in a time where violence is on the increase, even though gun-related violence, especially gun-related murder, is on the decrease. Those using violence for their own purposes, are counting on everyone else being a potential victim for them. Their willingness to use violence, hurting or even killing people with seeming impunity is a coldly calculated attempt to force the country to do their bidding.

Unless you are a martial arts expert, chances are that they can defeat you, especially considering that they don’t fight one-on-one. Rather, they gang up on people, like other bullies do. In that case, an equalizer is needed, allowing you to stand against several of them.

The gun has long been called “the great equalizer,” because it doesn’t require special strength or training. While it does take training and practice to learn how to use a gun effectively, anyone can learn. With a gun, a small, frail woman can be the match for a big brute of a man.

Of course, rioters aren’t the only people we need to be able to defend ourselves from. There are plenty of other criminals in the world, most of whom don’t care about infringing on your rights or protecting your life. While they might not want the police attention that killing you would bring, they aren’t going to go out of their way to avoid killing you or your family.

Should these people enter into your life, you won’t have time to arm yourself. If your gun is stashed away in the nightstand beside your bed when they kick down your front door, they won’t wait will you go to the bedroom to get your gun. They’ll get the gun themselves and leave with it.

Criminals count on the element of surprise to give them an advantage when they attack or rob people. That advantage will usually preen their intended victim from responding effectively to the attack. In cases where people are unarmed, their options for response to those attacks are extremely limited. Being armed, especially with a concealed firearm, gives you the opportunity to turn the tables on the attacker and protect your family.

By carrying, you are not only protecting your family, but by extension, protecting society in general. While you shouldn’t interject yourself into an altercation, especially if you don’t know for sure who is the bad guy, just being there and being armed reduces the chance of criminals hurting anyone. In defending yourself, you defend others.

A Couple of Important Points

Carrying concealed is not something to be taken lightly. Sadly, I’ve seen way too many people who have gone to the class to get their concealed carry license (the class is a requirement in my state), but have never shot a firearm. While these people have a legal right to get that license if they pass the background check and the class, it is my opinion that they are a danger to themselves and to others, because of their lack of competence with their guns.

If you fire a gun in self-defense, you are responsible for what that bullet does. Statistically speaking, chances are pretty high that it won’t hit the intended target. The question then is what will it hit? Sometimes, those stray rounds hit innocent bystanders, perhaps even killing them.

Anyone who carries should practice extensively with their chosen firearm, learning how to use it effectively. When things turn real and you’re in an active shooter situation, your shooting ability will be degraded by about 80%. What that means is that if you can normally shoot a four inch group, you’ll be shooting about a 20 inch group. Unless the criminal is rather rotund, most of your shots will miss.

Having a concealed carry license isn’t like James Bond’s license to kill. It only confers the right to carry, nothing more. People who carry concealed have to follow the same laws as anyone else, especially in the area of using deadly force in self-defense.

Carrying concealed doesn’t give anyone the right to be a vigilante either. While there may be a temptation to become a hero and right the world’s wrongs; there is a huge amount of risk in doing so. Any time one of us steps into a potential crime scene, we are putting ourselves at risk; not only of harm, but of becoming the one that the law goes after. That’s especially true if we misread the situation and end up defending the wrong person.

Yes carry, but do so wisely, protecting yourself both physically and legally. 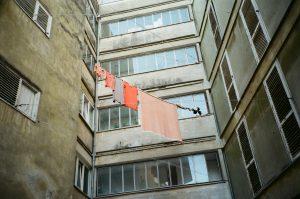 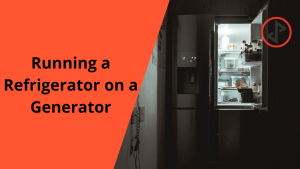 Running a Refrigerator on a Generator: Safety and How-To Guide 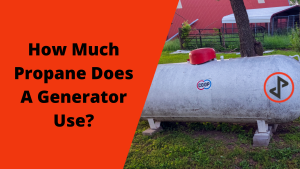 How Much Propane Does a Generator Use? Using a Propane Consumption Calculator 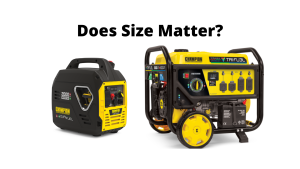 What Size Generator Do I Need? Does Size Really Matter?