Fire is, quite possibly, mankind’s greatest discovery. I say discovery, rather than invention, because it isn’t something that our ancestors created. Fire existed in nature and all they did was figure out how to use it. Since then, the uses of fire have multiplied and it has become an integral part of our lives, even if we don’t always see it.

In a survival situation, fire is critical. While we don’t count it amongst our top four survival priorities, it is something that we use in order to have three of those four. We use fire to keep us warm, cook our food and can use it to purify water, as well as using it to give us light and protect us from things that go bump in the night. A burning brand makes a fearsome weapons, useful against man or beast. It might even work against zombies.

Yet modern man has a bit of a problem with fire. I don’t know if you’ve ever watched someone try to start a fire in their fireplace or in a barbecue pit while camping. Most people prove that they are very good at burning newspaper in these exercises, but few of them actually get the wood burning. That’s mostly because they’re ignoring the intermediate step between their newspaper and their logs.

It’s More than Firewood and Newspaper

Fire, any fire, requires three distinct elements to get combustion; they are:

But just putting fuel, oxygen and heat together doesn’t guarantee we’ll have a fire. When we talk about fuel in a fire, we’re talking about at least three different materials:

Two key things we want to make note of here, which keep those people from getting their fires started. The first is that they don’t bother using anything for kindling, expecting their newspaper (tinder) to be enough to catch their fuel on fire. The second is that they often don’t bother splitting their wood, using whole logs, so they are fighting to try and catch the bark, which is there to protect the wood, on fire. You don’t want to even try using a whole log until you’ve got the fire burning pretty well.

Tinder is a very key part of this process. In olden times, our ancestors carried a tinder box with them when they were traveling. This contained a flint and steel, as well as giving them someplace dry to store tinder they found along the way. That way, they always had some tinder with them, even if it was raining.

Tinder is anything dry and highly flammable. It can consist of:

You’ll see all sorts of advice on different ways to start a fire, including carrying a chainsaw around with you, so that you can split a log into sixths and light it upright. But that’s a bit impractical. You want methods that you can use anywhere, anytime, with whatever you have at hand.

It all starts with picking a good location to place your fire. You want somewhere where the fire will be protected from wind and rain, while also being someplace which can contain the fire and keep it from getting out of hand. The idea of a ring of rocks as a fire pit is for just this purpose; because those rocks won’t catch on fire, they keep it from spreading.

With laying a fire from the bottom up, we want to start out with our tinder. Make a small pile of tinder and then cover it with a teepee made of kindling, being sure to leave access so that you can still get to the tinder to light it. Cover the kindling with a teepee or stepped pyramid made of fuel, being sure to leave access to the tinder, as well as leaving plenty of space for air to flow through the fire, bringing much-needed oxygen to it.

A Ready Stock of Fuel

It’s amazing how fast a campfire can go through fuel, especially if you’re burning pine, rather than some good hardwood. Hardwoods contain roughly double the amount of heat energy stored up in it, than pine does. On the other hand, pine ignites much faster than hardwoods do, so it’s great for your kindling and getting your fire going. You just don’t want to count on pine for keeping your fire going overnight.

Gathering all the wood you need, before starting your fire, allows you to do the gathering while the sun is out, before it turns dark. But there’s another important advantage to gathering your wood early, that is you can stack it beside the fire, where the heat from the fire can further dry it out, making it ready for use. Dry wood not only burns better, but makes less smoke while doing so.

If it is windy, stack the wood upwind of the fire, so that it can act as a wind break, protecting your fire. On the other hand, if you don’t need the wind break, but it is cold, stacking the wood on the far side of the fire from your shelter will allow the wood pile to act as a heat reflector, reflecting more of the fire’s heat into your shelter.

With the fire laid as discussed above, it is ready to be lit. There are a wide range of methods you can use to light the fire itself. Most survival instructors will tell you that you need to have two primary and two secondary fire starting methods available to you in any survival kit or bug out bag. They will then go on to teach you a variety of unusual ways to start a fire.

At times, it seems that those survival instructors are competing with each other in trying to come up with unusual ways of starting a fire. There’s nothing wrong with learning them, as you never know when you’ll find yourself in a situation where you need to start a fire, but don’t have a primary fire starter with you. In those cases, knowing how to use a bow drill or start a fire with a chewing gum wrapper and a battery will be useful. But in most circumstances, you’re better off using matches or a lighter.

If you can reach into where you placed your tinder, then lighting the fire with a match or lighter should be easy. But if not, then you’ll need some more tinder to light. Hold that in your hand and light it, then place it on the tinder you’ve prepared in your fire.

What About “Fire Starters”

You can find a number of commercially manufactured “fire starters” available on the market, either through the large online retailers or through prepping and survival websites. Those which have to be lit by something else aren’t actually fire starters, they are accelerants. While that term is mostly used for flammable liquids used in arson, it is the correct term for this as well.

Accelerants are useful for starting fires in difficult conditions, such as when it is wet and raining out. But you don’t want to make a habit of using them for starting a fire under normal circumstances. You’re better off learning how to start fires without those aids, so that you can save them for times when they are really needed. 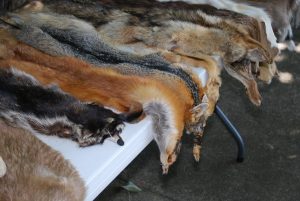