Two asteroids will fly between the Earth and the moon on Tuesday. But Apophis will arrive in 2029

Man’s prophetic dream sounds the alarm. ““I heard a terrible cracking sound like the mantle of the Earth was literally being ruptured.”

Two asteroids will pass between the moon and Earth on Tuesday, data provided by the Center for Near-Earth Object Studies reveals. One of the near-Earth objects will make its closest pass to Earth at a distance of 146,000 miles. The other at a distance of 200,000 miles.

Asteroids 2021 FH and 2021 FO1 will make their close approach to Earth on 23 March, signifying just how active NEO activity has been in recent days.

Right now, the frequency and number of NEOs remain at an all-time high. And it doesn’t seem it will let up anytime soon. Another asteroid identified by NASA as 2001 FO32 just passed by Earth on Sunday at a safe distance. The bridge-sized asteroid is traveling at a speed of 77,000 miles per hour. Needless to say, an object moving at this speed would wreak havoc on the planet if it were to strike. But why is the object traveling so fast?

“The reason for the asteroid’s unusually speedy close approach is its highly inclined and elongated (or eccentric) orbit around the sun, an orbit that is tilted 39 degrees to Earth’s orbital plane,” according to a statement by NASA. “This orbit takes the asteroid closer to the Sun than Mercury and twice as far from the Sun as Mars.”

And what about the double whammy? Interestingly enough, observations tell that a good number of asteroids the size of 2001 FO32 actually have a small moon orbiting them.

Jet Propulsion Laboratory scientist Lance Benner believes observations dating back to the year 2000 show that about 15% of near-Earth asteroids that are comparable in size to 2001 FO32 have a small moon.

Benner points out: “Currently little is known about this object, so the very close encounter provides an outstanding opportunity to learn a great deal about this asteroid.”

What lurks in the future?

Friday, April 13, 2019, is the big day. It’s the day that a 1,200-foot-wide asteroid named Apophis could potentially strike Earth. And NASA is keeping it close-lipped.

The reason for the silence is because scientists are simply not sure if Apophis will strike Earth in 2029.

New data suggests Apophis will pass by Earth in mid-April of 2029 at a distance of greater than 19,000 miles. But nothing is solidified.

If you don’t know who Dr. Tom Horn is you should. He once predicted that Pope Benedict XVI would resign in 2012 and nailed it.

Now Horn claims that his latest prediction will “shake the public to the bone.”

The prophet told 700 Club Interactive in March of 2020 that he had another vivid vision. This time involving an asteroid.

Horn said his prophetic vision showed him imagery of thousands of terrified people who were face down in a full panic awaiting God’s wrath.

“When it hit–and I knew it hit the pacific Ocean–and as soon as it hit the Earth was shaking so much that no one could stand up,” he said. “I heard a terrible cracking sound like the mantle of the Earth was literally being ruptured.”

“It was very real to me,” he explained. “I thought that it was happening.”

Horn said he also heard a single word among the chaos. “Apophis.” The name of the ancient Greek deity of chaos Ἄποφις. But Apophis is not only a Greek deity. Apophis is also the name of a continent killer-sized asteroid. 99942 Apophis, to be exact.

It’s now mainstream science that a large asteroid impact had rendered the dinosaurs extinct. An asteroid the size of Apophis could do something similar to modern life on the planet if it were to hit.

Rapid climate change seems to be the new theme in 2021. Are you prepared for what’s to come? 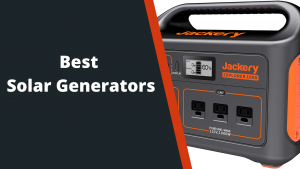